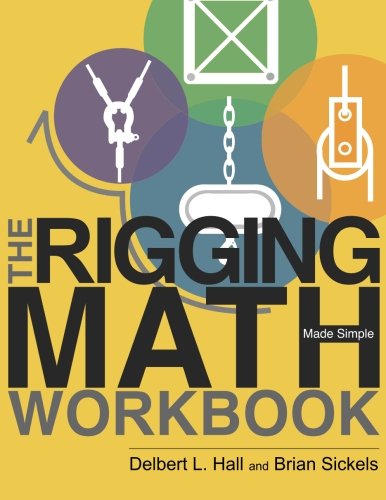 
Delbert Hall is a Professor of Theatre and Dance at East Tennessee State University and has been its scenic designer since 1986. Dr. Hall earned his Ph.D. from the University of Florida, and an MFA from the University of North Carolina at Greensboro. He is an ETCP Certified Rigger and an ETCP Recognized Trainer. Delbert is also the owner and president of D2 Flying Effects, LLC. He has flown performers in over 300 productions nationally, including productions at many of the major regional theatre companies in the US. He has worked with internationally known directors, such as Debbie Allen and Christopher Renshaw, and flown major performers and celebrities such as the Backstreet Boys. He has designed performer flying systems and equipment that is used by other flying effects companies and aerial groups. Dr. Hall regularly does rigging for aerial dance productions and teaches rigging classes and workshops across the country. He is also the author of the book Rigging Math Made Simple, and RigCalc, an app (both iPhone/iPad and Android versions) that contains a comprehensive group of tools for entertainment riggers. Brian Sickels is a Technical Director, Project Manager and Rigger in the Entertainment Industry. He has taught technical direction and rigging courses at colleges and universities throughout the east coast. Currently, he serves as a rigger for IATSE, Local 8 in Philadelphia, IATSE Local 77 in Atlantic City and teaches rigging and fall protection courses with both locals. His concert rigging venues include The Revel and Boardwalk Hall in Atlantic City, Wells Fargo Center, The Link, The Mann Music Center and Pennsylvania Convention Center in Philadelphia. He is an ETCP recognised trainer and certified as both an arena and theatre rigger.